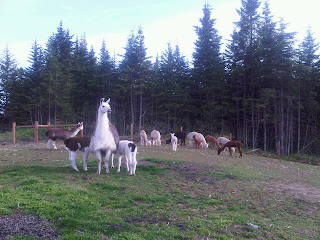 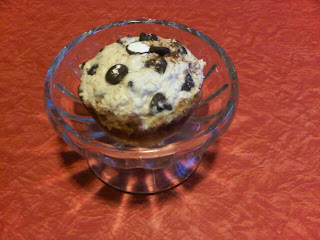 Woke up at 7:30am, morning chores, coffee, more morning chores, breakfast, fed the newborn grandbaby, learned how to make ricotta cheese from goat milk, and headed to town to run errands.

Finally got to see Homer and its famous spit, a natural thin strip of land that juts straight out into the bay. Unfortunately, between the normal Saturday summer tourists, and a motorcycle race it was too crowded and busy to do anything. Homer is, however, every bit as idyllic and breathtaking as I was told. I can't wait to go explore it on a sunny, less populated weekday. Photos soon, scouts honor.

Came back around 4pm, started clearing land, evening chores, showered, and made dinner. I used the ricotta cheese I had made earlier along with some spinach from the greenhouse to stuff some seasoned, lemoned, buttered, and baked salmon. Then I used some more of the ricotta to make cannoli filling. There were no cannoli shells to be had, so I made up my pie crust recipe, and used the dough to make tart shells in cupcake tins. I filled the empty tart crusts with the cannoli filling, and the end result was well received as desert.

More evening chores, and got ready for bed. Such a long day, but it feels good to be productive and useful. Getting to know the people, land, and animals better is nice too. Though the food is so good and rich, at this rate I'm sure to gain a lot of weight no matter how hard I'm working. I guess a farmer's bounty is the fat of the land. Overall, quite satisfied.
Sent via BlackBerry by AT&T
On The Road