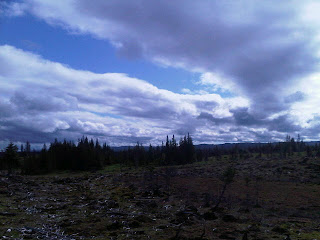 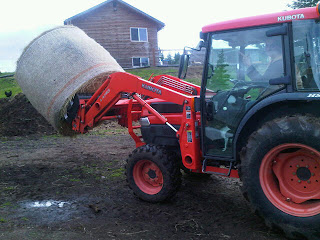 Most of today was spent baking and breeding.

I had a truly absent minded moment when I used brewer's yeast instead of baking yeast for the bread. Thankfully, I caught the problem before I baked it, since it would have come out like a brick, if I had made it into a loaf. Instead, I rolled it out as flatbread, so it wouldn't matter that it couldn't rise. The result was reasonable edible, but I've been rather mortified about the whole matter. I suppose it's a classic move straight out of Little Women or Anne Of Green Gables or any of those other novels from the 1800s where the heroines are delightfully human. At least, that's how I hope to see it in retrospect.

The other big project today was breeding the alpacas and lamas. Apparently they need human intervention to do the deed without endangering their tools. Let's just say I've now seen and touched things that most people never even imagine. The details are not for the faint of heart, or those with delicate sensibilities. While I suspect no such people read this fine interweb publication, I cannot be sure enough to expound on the nittygritties. All the excitement got the animals riled up, causing normally shy creatures to go charging and shoving all over the place. They get rather impressive when you realize you're in the way of hundreds of galloping pounds. Now that I've experienced herding lamas and alpacas I can assure you it's on par with herding wet cats.

It's kind of a weird thing to be under a vow of celibacy surrounded by copulation lamas and alpacas. I'm not sure if it reinforced or exasperated the situation. But, since I've also been doing my utmost to keep those sort of personal details off of here, let's not go into that any further either.

I guess I'll just leave it at the baking lessons I learned today. There are a lot of different kinds of yeast. Pay careful attention when you're cooking. Hungry people will eat most things you coat in butter.
Sent via BlackBerry by AT&T
On The Road