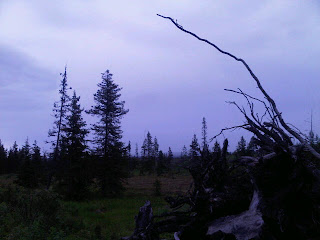 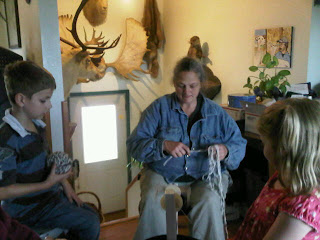 Things tend to be very busy and hectic here on the ranch. Partly because a lot of tasks have to be taken care of as needed, and partly because Kathy is like me, a woman of many interests and talents with a passion for learning and doing.

One of her many ventures is occasionally providing daycare for a few local families, who appreciate the unique experiences their kids can have on a farm. Besides regular daycare activities, they get exposed to lots of different animals and occasionally learn to help with chores. Today was the first day since I've been here that there were daycare kids. I voluntarily ended up helping keep and eye on them. Yesterday's accidental flatbread worked really well as pizzas I made all the hungry children for lunch. Working as a substitute teacher really changed how I interact with kids. When I was babysitting in college I was more like a fun friend. Now I still want them to have fun and be creative, but I much more concerned that they get raised right. I want them to get on a path that will lead them to be good adults: kind, conscientious, independent, and smart with a good dose of integrity.

I also had to be brave today. We had rushed to the field when I noticed the strange behavior of the animals. It was so intense and odd we initially scanned the hills for bears, coyotes, and weasels. But soon we realized that all the breeding yesterday had left the studs extra feisty. The more stubborn ones, took to picking fights with the other males once the females were put back in their field. One stud beat a new male to the ground, caught him in a headlock, and started to try and choke him to death. You could sense the tension through all the animals in the field. They stood on point, rolled their eyes, and sounded cries of warning. Soon the gurgling sound of a suffocating llama could be heard in the deathly quiet field. We were hesitant to break up the fight, since it can be rather dangerous to come between two angry animals that size. Finally, I couldn't take hearing such pain anymore. I rushed in waving my arms and yelling, which distracted the attacker long enough for his target to break free. It feels really good to know I helped save something's life today.

This evening I went in to town to pick up new WWOOF volunteers, two girls from France. Now, including myself, we have four WWOOFers and Kathy's son as help. Hopefully, that will be enough people that chores will only take an hour in the morning and an hour in the evening. Then maybe I'll have time left in the day to learn how to spin yarn.
Sent via BlackBerry by AT&T