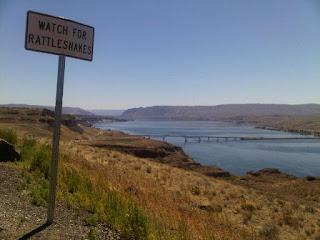 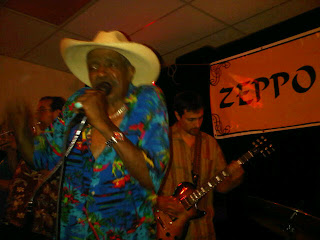 The ferry reach Bellingham, Washinton early first thing in the morning. We all unloaded and went our separate ways with many well wishes and vigorous waves goodbye. I headed south on 5 a little ways to catch 90 outside of Seatle, that great highway that runs all the way to Boston. Set out due eastward on 90, passing through the Cascade Mountains. In high school I spent a week in them once for a youth group conference. Snow capped mountains in August above, and salmon swimming upstream to spawn below. Visited it's eastern side of the first time. Sage brush grasslands occasionally heavily irrigated from underground wells to coax an agriculture oasis from otherwise arid lands. Saw my first dust storm today, a small cyclone in a valley kicking up dirt high to the sky.

I only have two days left to decide what to do about grad school. Finally got around to thinking about it long and hard, and talking it over with a few key people during the lonely stretches of drive today. More and more it looks like I'll defer a year. It just isn't something you should do unless you're hundred percent sure, and I'm less than that. Not exactly sure what I'll do instead, though I've got some dreams. It's a little alarming to achieve something you've thought you wanted for years, and find that maybe you really wanted something else. More than anything I want to be a good woman, but I'm not quite sure what that entails. I may have been on earth for twenty five years, yet I'm still little more than a small, brown, lost girl.

Hit Idaho for the first time. Unfortunately, I was running tight on time and couldn't find anything to do. Ended up blowing threw the state. Looked like a lot of small mountains coated in white pines, and occasionally dotted with quaint communities. Though admittedly, Coeur d'Alene Lake was a vast, shining gem of a geological feature.

Mostly, I was all kinds of excited to get to Montana. I had been once before a couple years ago to visit Yellowstone and Glacier National Parks, and had fallen for the state hard. At sunset there was a spectacular moon rise over the mountains as I neared Missoula. In the city I met up with my couchsurf host, a lovely lady named Lauren. Turns out she recently graduated from U of D, and in all likelihood we've unknowingly attended parties together. She took me to a fabulous bar call The Union. It looked like a particularly hip VFW or American Legion Hall, delicious local beers were on tap for exceptionally reasonable prices, and all ages over 21 were getting down to a jazz-soul-blues-funk-jam-zydeco band improvising covers with a full compliment of instrumentalists. There were some competition quality dancers in the crowd, but that didn't stop any and all from shaking a tail feather. Oh how we shook! So far I'm enjoying Missoula thoroughly. Once again it looks like Montana is liable to run off with my heart.
Sent via BlackBerry by AT&T