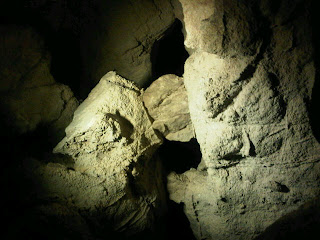 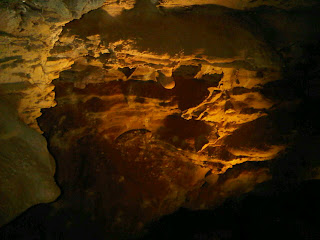 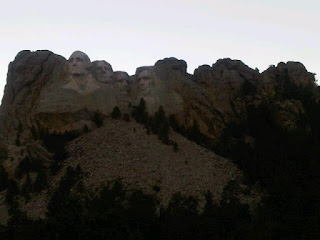 Long, long day. Did the nap and drive method through the night on 90 from Missoula to Wyoming. Northeast Wyoming is true cowboy country, endless grasslands dotted with rolls of hay and fat appaloosa ponies. Made the South Dakota border around lunch, and now I can proudly proclaim that I've been to all fifty united states!

Went straight south to Wind Cave National Park. There I sucked it up, and got over my claustrophobia and fear of the dark long enough to take a tour of the cave led by a ranger. It was the first cave I had ever been to that wasn't a tourist trap, which made it much more enjoyable. Still, the feeling of exploring Earth's bowels and intestines is both fascinating and unnerving for me. After the tour I did a short hike around the top side of the park, swaying prairie lands with small patches of pine forests that hide rocky out crops. Unfortunately, I was too exhausted from driving through the night to take on anything too challenging.

Drove some sweet scenic roads through Custer State Park to catch Mount Rushmore by sunset. Rough cut, one lane tunnels through ridges, hairpin curves round spires of granite, nearly 360 degree corkscrew ramp turns, and ample glimpses of pronghorn antelopes, deer, and bison. A lot of roads through the surrounding Black Hills National Forest also seem to be like that. If you don't get caught behind too many slow moving tourists, they are terrific fun to drive.

Went to Mount Rushmore out of a sense of patriotic duty. When I got there I was greeted by a massive parking fee. I was just going to give up and turn back, but the man working the toll booth was of the opinion that since I had come far enough that I really ought to see it once. He gallantly let me in for free. Mount Rushmore is undeniably impressive, and I'm glad I got to see it upclose. However, all the informative displays, movies, and museums that surround it glorify both the monument and what it supposedly represents as being an ultimate testament to the greatness of America. Those aren't the things that make this country great for me. The untouched cliffs a few miles away are far more impressive and enduring in my opinion. And at least from what I know about Jefferson and Roosevelt, they would probably agree with me. They two saw our country's value in its vast untamed lands.

Stayed late, and had to wake up early. Didn't want to hassle with camping, or the tourist season pricing of sites, so I found a park service road on public land, pulled off, and parked for the night.
Sent via BlackBerry by AT&T