- October 27, 2013
Back at the beginning of the summer I did a 3 day backpacking trip through the crater of Haleakalā National Park on the island of Maui in Hawaii. It's a land of extremes: dense tropical jungle and barren volcanic remains hidden in the clouds. The weather was equally drastic. Thick swirling mists gave way to torrential thunderstorms, which burned up enough moisture to make room for direct, drenching sunlight. Somehow impressive plants can thrive in this unique, mercurial landscape. I became particularly enamored with the silverswords, shimmering succulents found nowhere else in the world. The two nights I was out in the wilderness I camped out at back country campgrounds that were rustic, but cozy, and fairly secluded. Outside of befriending the pack mule train of the rangers that were on patrol, I spoke to almost no one. It was simply several days of walking alone in the wilderness. 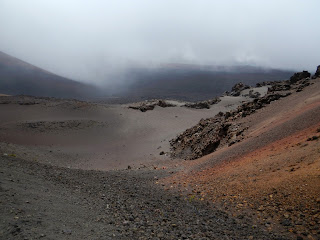 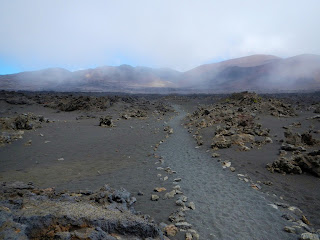 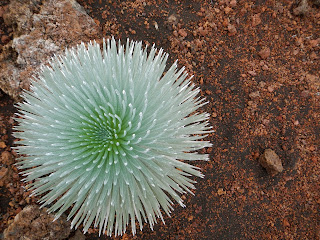 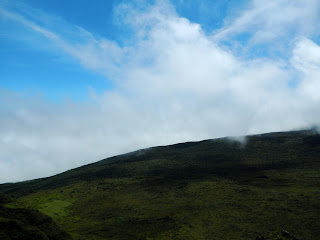 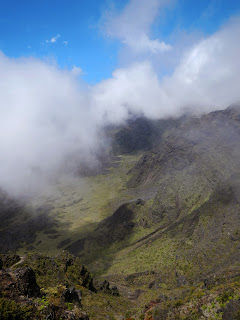 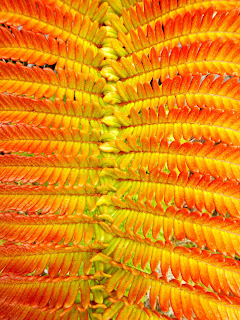 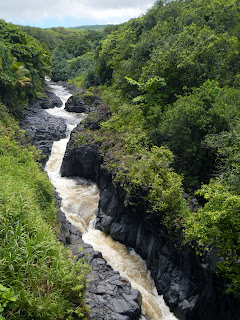 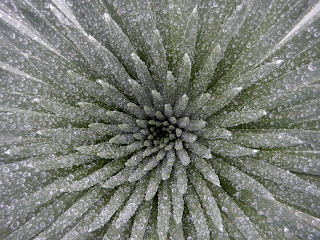 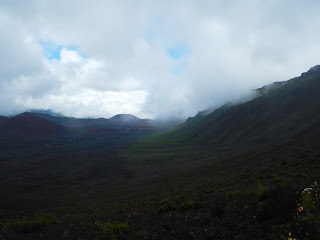 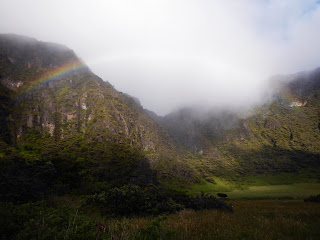 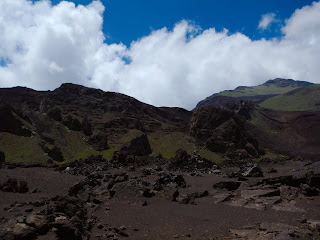 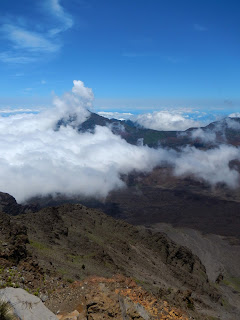