- June 25, 2014
Welp, I'm really behind on my photo editing. This series is actually almost a year old. Last July I went to the Mineral King area of Sequoia National Park for a weekend. If you're not familiar, this section of the park is on the south side, and somewhat removed from the main area of the park with its famous massive trees. Getting there involves turning off the main road outside the park and driving for an hour along a thin, winding road that's mostly dirt. The first time I went out there I arrived after dark, and was convinced that I was lost and about to drive off a cliff. But, in the morning I woke up to pristine, uncrowded access to high sierra country that's as beautiful as you might find in the more busy areas moving north through the main part of the park and up to Yosemite.

This visit I did the hike past Franklin Lakes up to Franklin Pass, which at 11,800 feet above sea level gives you majestic view of backpacking country. Round trip up and back was about 17 miles, and I ambitiously tackled it in 1 very long day, but it was completely worth it. The only camera I took was my Holga 120mm TLR, and I used Fuji color film. They've been lightly touched up and adjusted in Photoshop, but all the double exposures were done on the film in the field, one of the nice features of the Holga TLR. 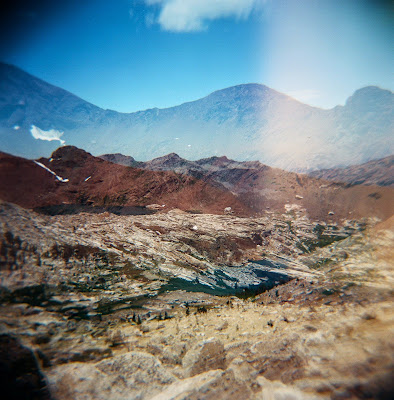 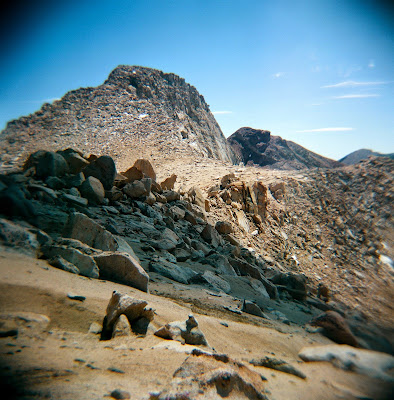 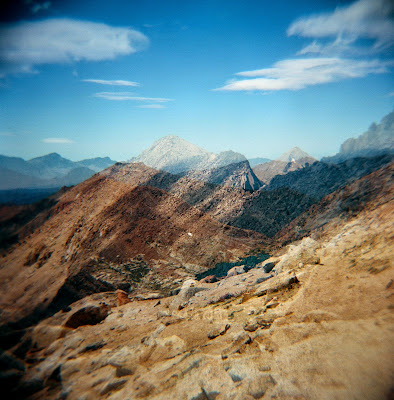 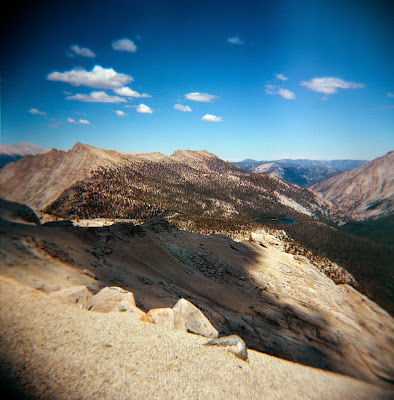 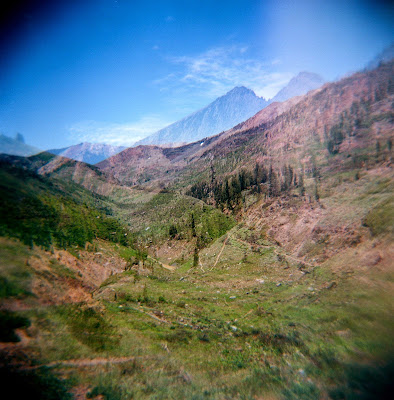 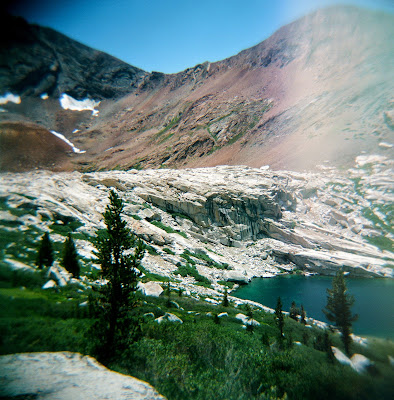